In its 132 years existence, Arsenal has managed to woo fans, break their hearts and still excite the them time and again. Arsenal is the one club everyone knows has potential for greatness but does not always fulfil it. The way Arsenal Football fluctuates up and down the EPL ladder makes it one of the hardest teams to wager on. The Gunners make for an ever-interesting competitor on the EPL ladder, which they often fall off and climb again with surprising precision.

Arsenal Football in the Wenger era was very much attack based, therefore punters were more biased towards goal cast bets and totals. These have been safer bets over the years for punters who are often disappointed by the extreme yo-yoing of Arsenal on the EPL table. Our expert tipsters have studied the Gunners performance trends and how play has shifted from when Arsene Wenger managed the squad to when Unai Emery took the reins. They have compiled a few essential tips to help bet well on Arsenal’s EPL fixtures. 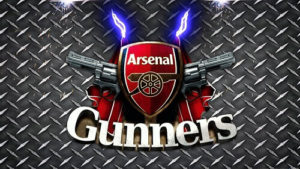 Below is also a list of New Zealand’s Best sportsbooks that carry odds for the Gunners major and minor football matches.

How to Bet on Arsenal Matches

The best way to bet on Arsenal is to keep up with Arsenal news. Arsenal transfer news gives insights on what to expect in terms of the type of play to expect on the field. Keep up to date with what pundit’s project will affect the team’s performance. Arsenal Fan TV also has a few gems.

Certain teams have rivalries against  others. So, know what the history is between the team playing against Arsenal. Liverpool vs Arsenal is not going to have the same betting odds as an Arsenal vs Chelsea match. For example, the Chelsea vs Arsenal rivalry which also extended to the managers, Jose Mourinho and Arsene Wenger made for some spirited EPL matches and even more spirited betting off the field.

Who is managing the team also influences how you can bet on your chosen team. When Wenger was at the helm, punters couldn’t always bet on certain things like major player transfers because the man was known for focusing on spotting and developing new talent rather than buying big names. Emery has only been holding the reins at Arsenal FC from 2018 whose strategy seems to be more of a slow burn. They managed to win 11 consecutive games between August and December 2018, only losing one game to Southampton in December 2018.

There are a number of bets Kiwis can place on Arsenal games. The most common wager is a 1×2 bets. However, do not limit yourself to the usual standard football bets. Below we have listed some top wagers all New Zealand punters can wager on Arsenal’s EPL and other fixtures. All these bets are outlined in our main football section.