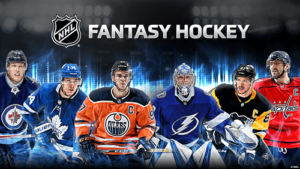 How to Play Fantasy Hockey

As the person create the fantasy team you are referred to as the team manager. After you have finished drafting all your players you can then begin competing with other fantasy teams. As much as players in the fantasy hockey league are ranked according to real life performances, your ability on the controls will influence how the game goes. A lot of the work is already done by the fantasy sports software however, fantasy hockey is an interactive sport which requires skill from you as the main player.  The point systems follow track real time events of NHL hockey or whatever hockey league you choose. As manger you will draft, trade and drop players, following real life hockey changes.

A fantasy hockey team consists of Centres, Wingers, Defensemen, Goalies and a Utility. Always draft your goalies first because fantasy hockey team success largely depends on solid goalkeepers. Each fantasy gaming platform has varying budgets that each manager is given to bid for players. Do not fall into the trap of using all your funds on super expensive players. Sometimes going for solid but overlooked players can work well if your very good at gaming. Prices of players fluctuate according to real life events.

Keep tabs on the new developments- some players may have been injured or substituted. Commonly goalies are substituted. Since your defence depends largely on your goalkeeper it is important to know all this to develop the best team roster possible. Success in fantasy hockey also largely depends on your knowledge of real-life hockey. You can start of with smaller leagues like the New Zealand Ice Hockey League to get a better understanding of the game. It would also help to clue up on NHL games since the fantasy version is based on that league