The Rugby world Cup is nearing its end and we have the exciting quarterfinals to look forward to this weekend. The quarter final odds for the Rugby World Cup are up and Kiwis can place their wagers. As expected, the All Blacks made it and they have been putting up an impressive performance so far. They will be sparring with the Irish team who have also displayed good form in the tournament. Have you decided who your money is on? Remember betting on the Irish is not a form of disloyalty, if the odds favour them bet and win big. 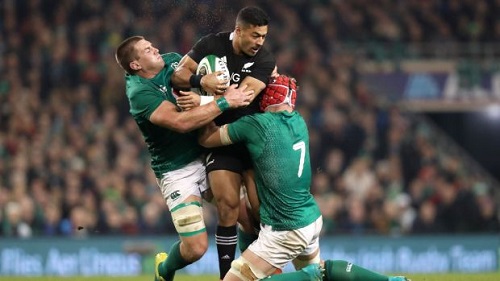 As the two teams prepare to battle each other on the field this Saturday on the 19th of October, we have put together some stats from the 2019 edition of RWC to help you bet well. The All Blacks are the best Rugby Union team currently however the Ireland team is ranked fourth in the world so they will not be an easy team to beat.

The All Blacks are unsurprisingly at the top of Pool B. The New Zealand managed to outdo previous RWC champions such like Italy and South Africa

Throughout the pool phases the All Blacks only conceded one point against them for every 7 they scored. Very Impressive!

Ireland were second in a pool of rather mediocre teams. Ireland came second to Japan which has only reached the quarter finals for the first time in this edition of RWC. Now their match against New Zealand will be the first time in the 2019 RWC that they play a World Champion team. It will make for very interesting watch.

While playing in Pool A, Ireland conceded on average one point for every 4.5 points they scored. This would be a good trend but they were not exactly pitted against the cream of the crop.